I am currently pursuing my "Master Thesis" and thought that this piece of work, also a part of my thesis (Working Title: Web Application Attacks: Modeling), was worth sharing.

Background
Recently, Wiseguys were accused of hacking into the ticket vendors' websites committing a fraud of more than $25 million. According to the 43-page Indictment, released early March, the Wiseguys were operating under the names Wiseguys Ticket, Seats of San Francisco, Smaug and Platinum Technologies, among others, to buy more than 1 million tickets online through automated mechanisms for re-sale.

Various online ticket vendors such as Ticketmaster, Telcharge, Tickets.com, Musictoday and many more were using CAPTCHAs and Proof of Work mechanisms to prevent automated HTTP Bots from buying tickets and hence providing a fair means of selling the tickets online. However, the Wiseguys circumvented their security mechanisms to earn themselves a huge profit by capturing the tickets as soon as they came out online and reselling them to the brokers at higher prices.

Let us dive into the technical details. So, how did all this work? Based on the 43-page indictment and the nj.com resources I have drawn a general work flow of the web attack and highlighted a few details worth noticing.

Outline
Wiseguys used a widely distributed network of computers that were running bots, which were used to automate the online ticket purchasing process. 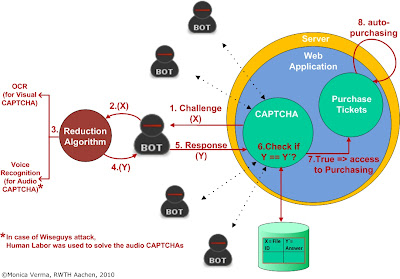 Figure 1: Wiseguys Web Hacking: Automated Ticket purchasing using bots
In the Figure 1, the red arrows denote automation. Once the bots defeated the CAPTCHA, they were granted access to the ticket purchasing webpage and ,again using automation, purchased millions of tickets in a few seconds. The bots would monitor the websites and seize the tickets as soon as they were offered online. They would then select the best ones from the seized lot and release the others back into the pool of available tickets. A point worth highlighting here is that during the entire time the tickets were seized by the bots, they were rendered unavailable to the public to as to prevent valid customers any opportunity of buying the good tickets.

Security Mechanisms in place by the Online Ticket Vendors
The online ticket vendors such as Ticketmaster, Telecharge, Musictoday, etc. employed various security mechanisms on their websites so as to ensure fairness and prevent bots to access their online purchasing feature.

These mechanisms included, but were not limited to, the following:

Attacks Mechanisms by the Wiseguys
The Wiseguys, successfully, circumvented the security mechanisms that were put in place by the online ticket vendors. Their attacks techniques included, but were not limited to, the following: